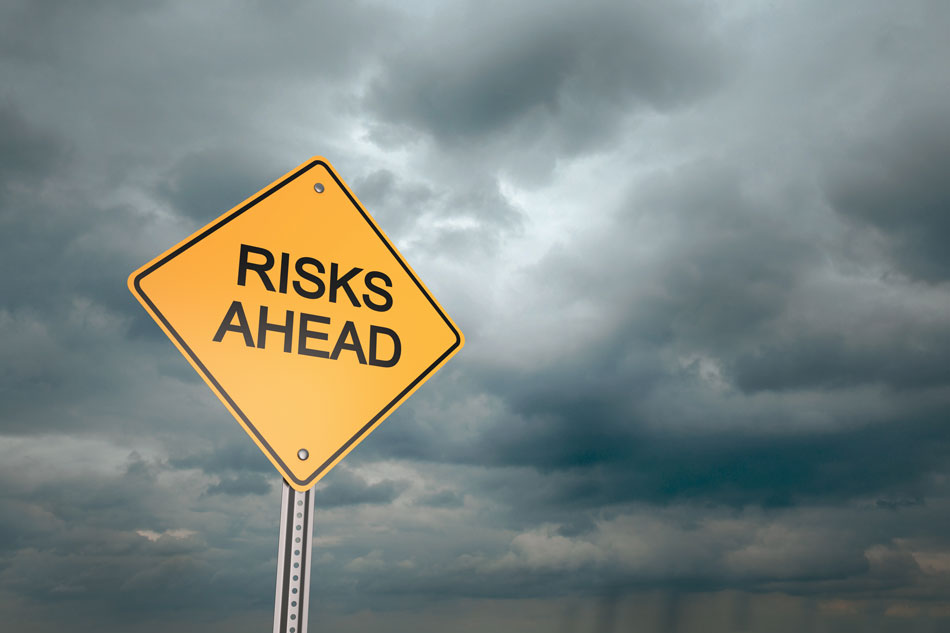 Today saw the introduction of a cold calling ban in relation to pensions (as outlined at www.bbc.co.uk/news/business-46799038)

Pension cold calling has been common place for a number of years: prior to the introduction of pension freedoms in 2015 this invariably focused on ‘pension unlocking’ – where people were offered the ability to ‘cash in’ their pension or to get ‘cash back’ – typically using weird and wonderful investments whilst being unaware of the significant tax penalties in doing so.

Since pension freedoms came into effect in 2015, assets in pensions haven’t needed to be ‘unlocked’ for the sums involved to be accessed and therefore attention seems to have turned to using the funds to invest in similar weird and wonderful (typically unregulated) investments and whilst the tax penalties may not apply, the risk of losses and fraud do.

Given that the majority of regulated financial advisers would not use unregulated investments, investors are typically introduced to such investments via unregulated advisers who use cold calling to engage with potential ‘investors’.

There are many examples of investors losing their funds either due to fraud or because the investments have not behaved as expected.

This legislation therefore serves to draw a line in the sand whereby making a cold call is now an offence and potentially subject to a £500,000 fine.

As Tom Selby (AJ Bell) states in the BBC article “Prohibiting cold-calling is only part of the solution and will by no means eradicate the threat of scam activity altogether. Pensions remain a juicy target for fraudsters and some will inevitably look to circumvent the ban or simply ignore it altogether.” He goes on to suggest “anyone who (receives) a call out of the blue about pensions to simply hang up the phone.”

Whilst this therefore may not be sufficient deterrent for those who are engaged in any fraudulent activity, it will hopefully enable investors to realise that if they are ‘cold called’, rules are being breached and therefore they are hopefully wary and on guard and that ‘hanging up’ may well be sensible.

Warren Buffet is generally seen as a very astute investor but his investment philosophy is relatively simple and a quote attributed to him is perhaps something many should heed – “The stock market is a wonderfully efficient mechanism for transferring wealth from the impatient to the patient”.

Until relatively recently, the FTSE 100 had peaked in December 1999 and whilst it nearly breached 7000 points intra-day, its closing high stood at 6930 on the eve of the new millennium.

Since then, there have seen significant investment market headwinds – the dotcom bubble burst, the ‘second gulf war’ took place, the credit crunch arrived and the ‘great recession’ in 2008 soon followed and as a result, investment returns have been heavily dependent on their timing and whether you bought on a low or a high.

Investing is a long term process which involves stepping out from the security of cash and holding an asset which can go up and down in value with the aim that the risk taken will result in higher rewards – whether it be gilts (Government debt), Property (residential or commercial), bonds (corporate debt), or equities (company shares) – no investment is ultimately guaranteed and at the time an investment is made, there is no way of confidently knowing whether you are buying at a good or bad time.

Investment markets are fluid – absorbing huge amounts of information and converting that into an expectation which in turn drives investment values however sentiment will result in excessive highs (bubbles) and lows.

Those who invested at the ‘bottom of the market’ only know that with hindsight – likewise the same also applies to those who invested at the top and whilst both may have made ‘the right’ investment decision, external factors no one can ultimately influence will have an impact – however, the longer the investment is held the less important the timing generally becomes.

A very simple investment philosophy is to buy low and sell high – doing so returns a profit – and yet, time and again people will speak to us about a ‘no fail’ investment they are seeking our views on – often something which sounds too good to be true which has recently made lots of money and they want to get a piece of the action.

When things then don’t go to plan, they often panic, sell and regret investing in the first place.

Investing requires conviction and a belief and, in our view, completely differs from speculation. Speculating is taking a punt and trying to second guess something. It’s not an approach we feel will predictably build financial wealth.

Investing on the other hand is stepping away from the security of cash and seeking greater longer term returns due to the fundamental nature of financial markets – risk should be rewarded (as, if it isn’t, why would capital markets take the risk).

If an investment is sensible and appropriate but the markets turn against the investor – it doesn’t mean that the investment is no longer sensible and appropriate – it is more likely that short term noise is drowning out the fundamentals of investments and it is also reasonably likely that, given time, things will revert to type – the danger is that, by then, some may have ditched their investment and destroyed some of their capital in the process – potentially being one of those who have transferred their wealth to the likes of Warren Buffet.

As investment advisers, we take significant steps to ensure any investment risk taken is appropriate – both in terms of being able to take the risk and the risk levels being appropriate for the individual.

By managing the risk and ensuring the client has a pragmatic view of the investment process, we aim to ensure that clients don’t buy high and sell low and that, over time, they are the beneficiaries of our patience and that their wealth, as a result, benefits.

We don’t profess to know which way markets are heading and whether now is a good time to invest; what we do understand, however, is that ensuring any risk being taken is appropriate and that, given time, good investments will typically behave as expected even if, initially, things work against the investor.

So the next time patience wears thin, consider seeking advice before selling an investment as it might be that the investment is perfectly acceptable and suitable, and that you are running the risk of buying high and selling low.

Auto Enrolment has been heavily discussed for a number of years. There have been a number of TV campaigns raising awareness and imploring individuals not to ignore it and yet despite this, there is still much confusion.

Auto Enrolment is steeped in regulation, obligations and statute and is supported by a proactive regulator which frequently writes out to companies warning them of their duties and yet there is a lack of understanding as to who it applies to and what they have to do.

The confusion seemingly surrounds both ‘who’ and ‘what’ however in simple terms, the ‘who’ is ‘any business who has workers’ but even those with no employees still have things to attend to.

The ‘what’, however, is where the real confusion lies ….. given that it may be either nothing, something or everything!

Which of these will depend on the structure of the business and the age and/or earnings of the workforce.

These duties therefore generally need to become ingrained in their business processes.

For those who have to do something, they may find that the only thing they don’t need to do is set a pension scheme up – pretty much everything else still applies.

In practice, therefore, Companies may think that because they only have a couple of employees who earn below the Automatic Enrolment threshold of £10,000 per annum they don’t have to do anything.  In fact, they are subject to precisely the same regulation and duties as companies who have employees earning above this threshold and therefore doing nothing is not an option.

Once their start date is reached, the Regulator will be waiting to receive confirmation as to what they have done.

Doing something is therefore their only option.

As we are now dealing with smaller businesses we are finding that many misconceptions are held which means that companies are in danger of doing too little too late – perhaps even missing their start date.

Our guidance is clear – if you think it doesn’t apply, check with someone who knows – in a 5 minute phone call we can quickly sort companies into the ‘nothing, something and everything’ categories so that, rather than being blissfully unaware, they are in an informed position ready to face the regulation about to apply to them.

The State Pension is usually a key foundation to peoples retirement income – often representing many thousands of pounds per year. Despite this, many people do not know when they will be entitled to receive their State Pension, nor how much it will be worth.

Significant changes happen in April 2016 and therefore we feel that now is a good time to consider checking how much you will receive and when.

You can obtain a forecast yourself or, if you would like to see how we help our clients plan and then enjoy their retirement, please Contact Us.

Leaving it until the last minute may well cause problems and therefore planning ahead can help reduce the stress whilst helping to companies plan ahead and prepare properly.

Many of us will have left the Christmas shopping a little too late – perhaps resulting in a quick dash to the shops or supermarket which results in us sitting gridlocked in a car park, stressed in the aisles, not having the choice we want and pulling our hair out at the checkout before getting in to the ‘after sales’ gridlock of that car park again.

Just like we all know when Christmas Day falls, we can also check when a firm will need to have satisfied its obligations with regard to Auto-Enrolment (AE). Just like Christmas, AE will take time to plan which is why The Pension Regulator (TPR) initially issues a ‘wake up’ letter to businesses 12 months before a firm has to have everything in place.

All companies can easily establish the date they need to have satisfied their obligations – something determined by either their size (if over 30 employees in April 2012) or their payroll reference number (if smaller).

For companies falling into the latter category, they will need to have everything in place at some point between June 2015 and April 2017 and whilst these dates creep ever nearer, the number of employers needing to tackle this begins to increase significantly

If you don’t already know, get your AE shopping list ready – your payroll reference number(s) in other words – and visit TPR’s calculator at http://bit.ly/1cOdWnm

We are already hearing about ‘capacity issues’ with some providers and the expectation is that those seeking advice from firms such as ours may also find themselves at the back of an ever lengthening queue as reality takes hold and the last minute panic buying takes hold.

But fear not; to beat the rush and to shop with leisure, companies may well wish to begin to plan ahead and do much of the hard work now and then sit back and watch as others live to regret not heeding our words of warning….