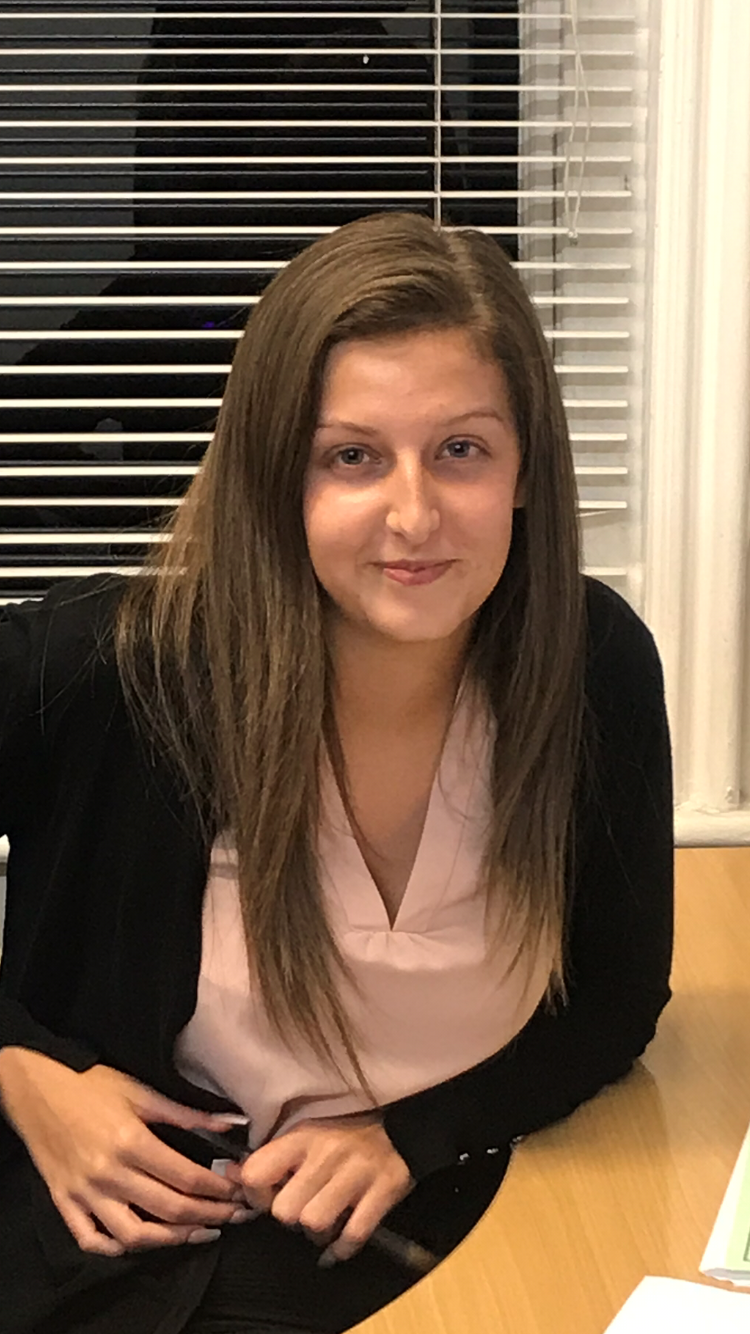 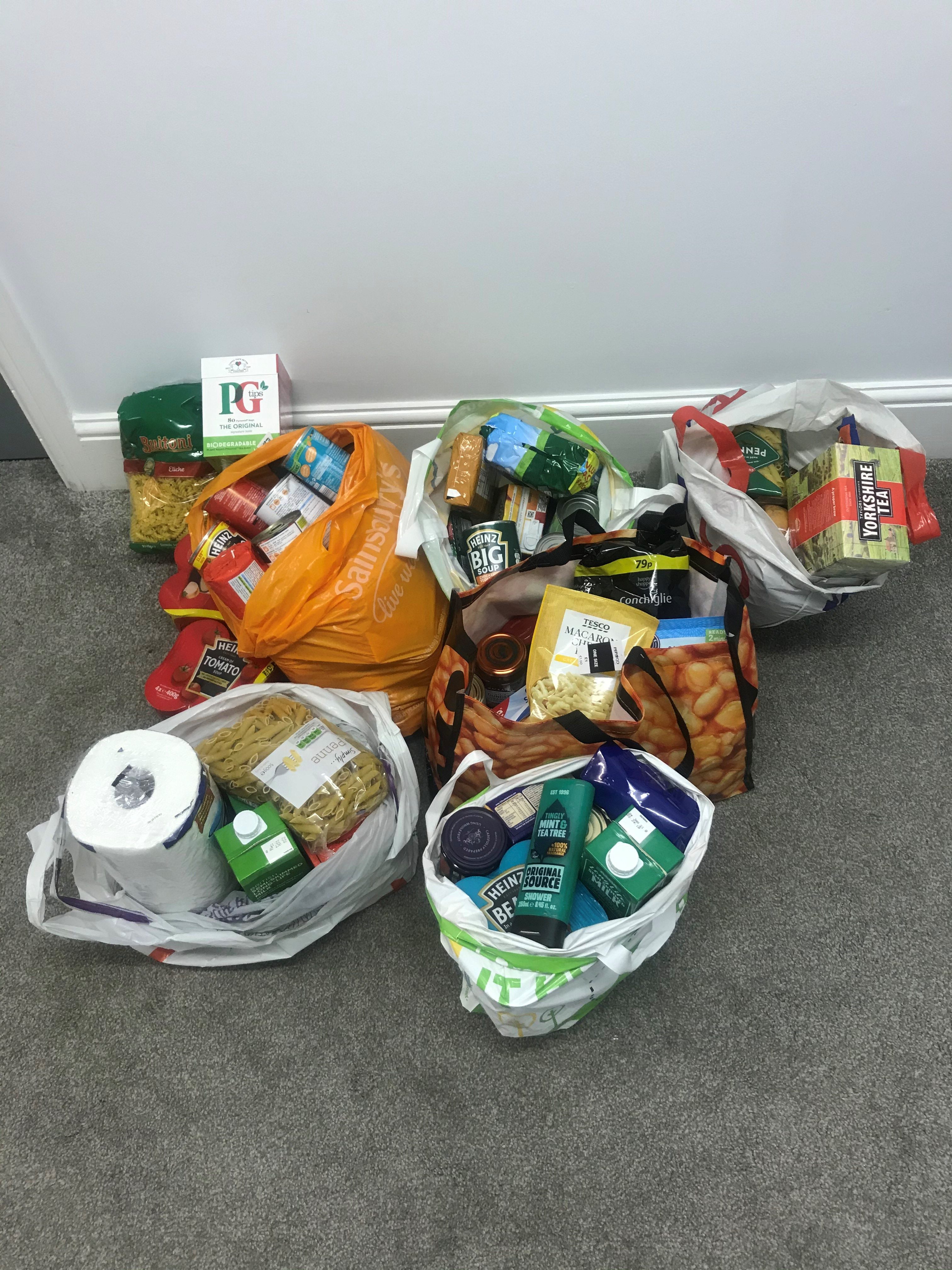 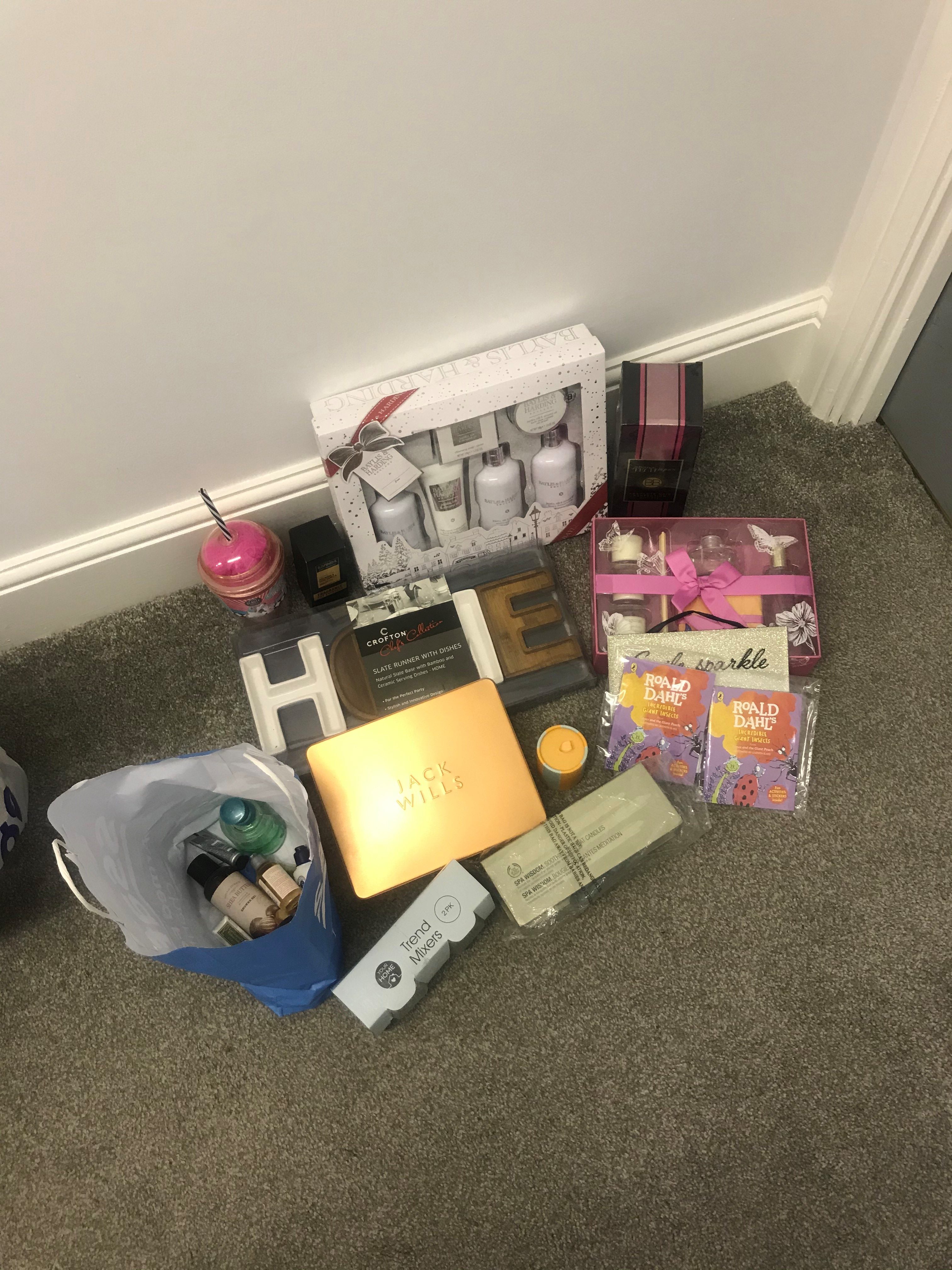 Doncaster families urgently need help with their basic food requirements and so we helped Saving Little Lives with their campaign. We understand that within an hour 7 families and 25 children benefited from this bit of effort to make an extra collection.
We also donated items they had asked for to support a charity Tombola. 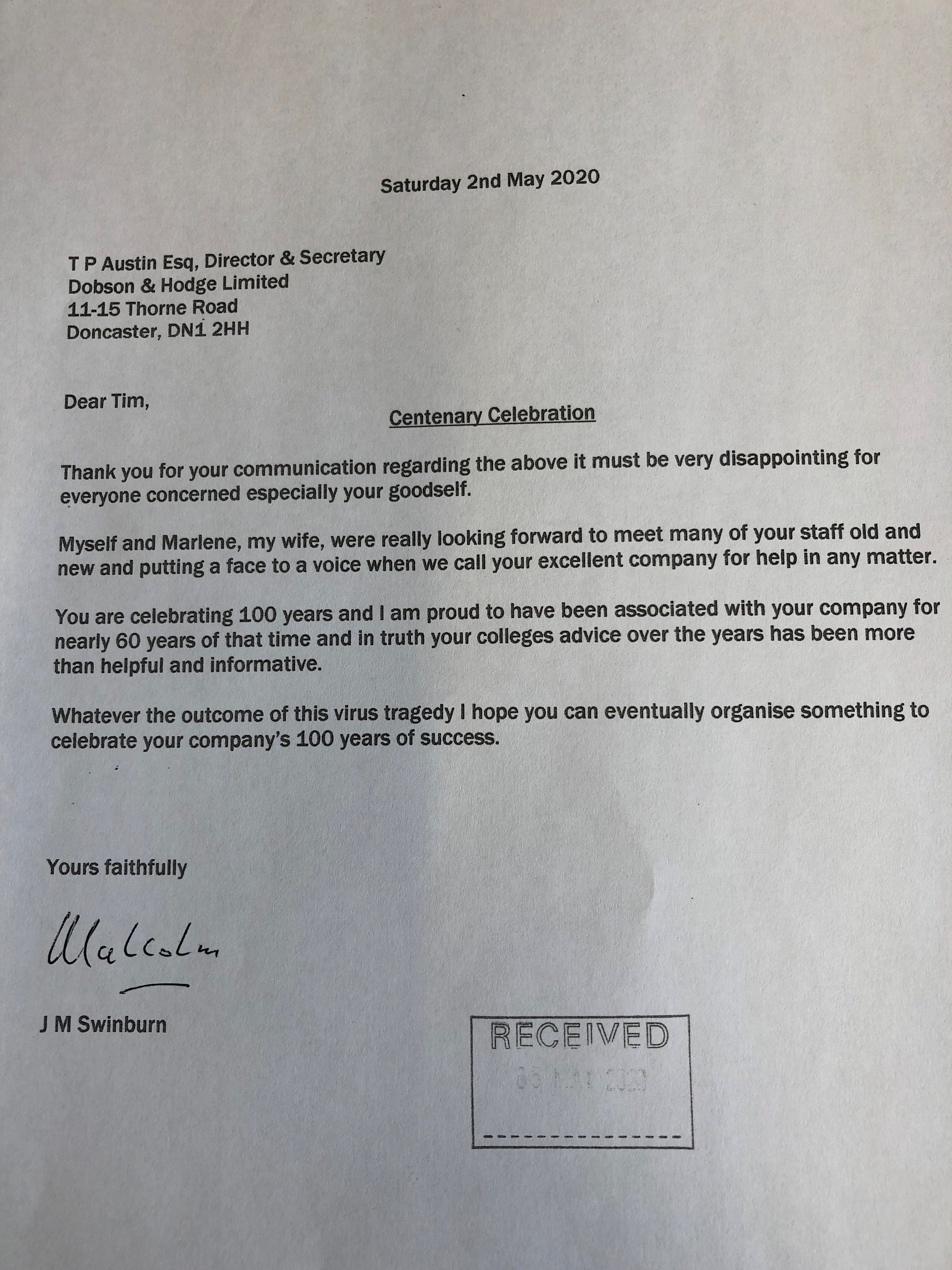 60 years of service from D&H

A heartfelt thanks to Malcolm for putting pen to paper and thanking D&H for the invite to the Centenary Celebration that were due to take place on Saturday 20th June 2020. The event was to be a real celebration of Doncaster business and culture over the decades.
We look forward to seeing Malcolm and his wife when the world returns to some form of normality and Social Distancing is eased. We regret having to cancel the summer event at the Doncaster Deaf Trust but our MD Tim Austin has agreed to arrange an alternative celebration of some sort in 2021.
We so appreciate Malcolm’s support of our business for nearly 60 years and look forward to many more.
We hope Marlene & Malcolm remain safe and healthy. 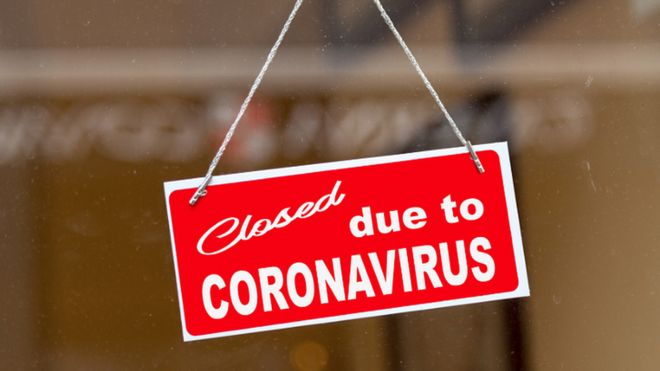 IF YOU HAVE BI EXTENSION FOR NOTIFIABLE DISEASES OR NON-DAMAGE PREVENTION OF ACCESS, YOU MAY HAVE VALID CLAIM!

The Financial Conduct Authority has ordered insurance companies to pay out claims to firms “as soon as possible” or explain themselves to the watchdog.

The FCA has told insurers if there are reasonable grounds to pay part of a claim but not the full claim, they must make an interim payment.

If not, insurers must tell the FCA how they reached the decision and how it is “a fair outcome for customers”.

The move is aimed at relieving pressure on firms during the Covid-19 lockdown.

Coronavirus: ‘My business could go bust if insurers don’t pay’
“A key objective of the FCA is to ensure that financial pressures on policyholders are not exacerbated by slow payment, rather, such claims should be paid as soon as is possible,” the FCA’s interim chief executive, Christopher Woolard, told insurers in a letter.

“This is consistent with the wider objective of the authorities to support business and consumers during the current crisis.”

The letter is targeted at insurers in relation to claims from small and medium firms for business interruption cover and does not address individuals’ policies.

A spokesperson for the Association of British Insurers said: “Insurers recognise this is a worrying time for all businesses and ABI members are committed to swift payment of valid claims and interim payments to their customers.”

Mr Woolard admitted that following conversations with insurers, it was clear that most business interruption policies held by small and medium-sized businesses only had basic cover which did not include pandemics and therefore insurers had no obligation to pay out in relation to Covid-19.

“While this may be disappointing for the policyholder, we see no reasonable grounds to intervene in such circumstances,” he said.

Some firms have warned they are at risk of collapse due to insurers failing to cover losses as a result of the coronavirus lockdown.

Businessman Simon Ager who runs the Pinnacle Climbing Centre in Northampton, is one of a number of business owners who have said they might take legal action against insurers Hiscox, which has said it will not pay business interruption claims resulting from the outbreak.

Mr Ager’s policy covers the climbing centre for losses of up to £100,000 if it is forced to close in certain circumstances, although he says the lockdown is likely to cost him more than that.

Hiscox’s policy documents says it will cover financial losses for businesses which are unable to use their premises following “an occurrence of any human infectious or human contagious disease, an outbreak of which must be notified to the local authority”.

But Hiscox says the insurance industry does not have enough money to cover all the losses that will emerge as a result of the lockdown.

Instead, the insurer argues that the policy was intended to cover incidents that occur only within a mile of a business – not across the whole country – or outbreaks such as Legionnaires’ disease on the premises.

The FCA said that smaller companies, classed as firms with turnover of less than £6.5m and fewer than 50 employees, could take complaints to the Financial Ombudsman.

Mr Woolard added that the City watchdog had set up a small business unit, responsible for “gathering intelligence about the treatment of small businesses by financial services firms during the crisis and ensuring a co-ordinated response by the FCA to any issues identified”. 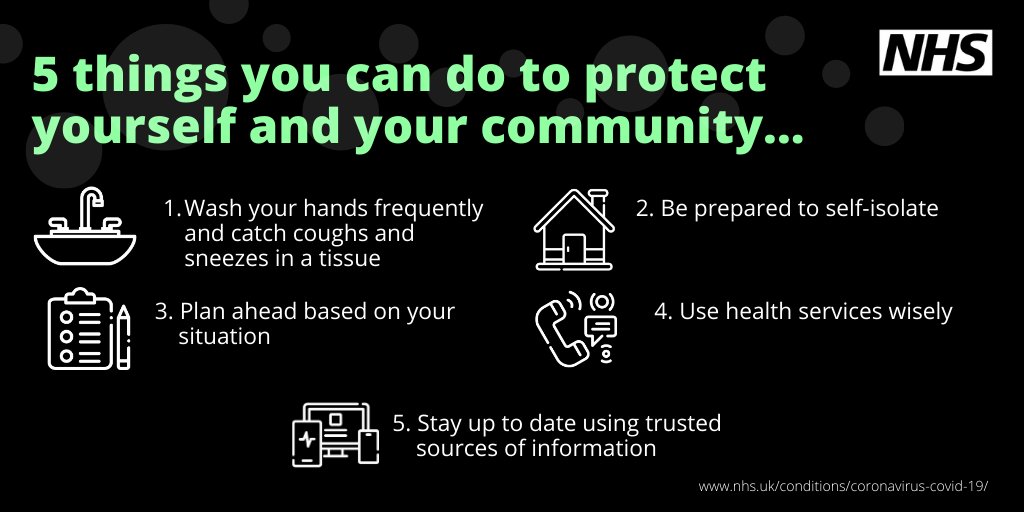 PLEASE DO NOT VISIT THE OFFICE UNLESS ABSOLUTELY NECESSARY. We have a minimum of essential staff on site and they are abiding by the distancing rules. Please call the office 01302 323465 if you need to book an appointment and we will discuss arrangements.
Staff are also working from home office facilities and if you wish to talk to a particular individual, please email them directly and they will come back to you with minimum delay or arrange a colleague to call.
WE ARE WORKING TO GET OUR CLIENTS AHEAD AS FAR AS POSSIBLE ON RENEWALS.
We are working with clients, insurers and finance providers to come up with solutions around the cash flow matters that COVID 19 lockdown has challenged us with. Please email or telephone to discuss your issues.
We continue to handle new and existing claims together with changes to financial requirements. As many of our providers are also working from home and with less staff available, we appreciate that we all have to have patience as systems are not operating as efficiently as we were used to.
A QUALITY SERVICE TO OUR CUSTOMERS IS FUNDAMENTAL AND WE WILL CONTINUE TO HAVE THIS AS OUR PRIORITY.
We appreciate your support and wish you, your families and colleagues every success in getting through this crisis unharmed.

The Association of British Insurers (ABI) reiterated its stand on business interruption cover following the government intervention to ensure providers pay out to those with pandemic business interruption cover. The government assured policyholders yesterday (17 March) these particular claims will be accepted by insurers even though current business closures are voluntary and not mandated. Unprecedented The ABI commented: “The spread of coronavirus is unprecedented in modern times and we understand this is an incredibly difficult time for families and businesses. Related articles Finance adviser suspends broker fees Covid-19: Software houses release continuity plans Covid-19: Biba defends hiring Boris Johnson as speaker Travel brokers reveal mixed approach to coronavirus cover “Standard commercial insurance policies – the type the vast majority of businesses purchase – provide cover against a wide range of day to day risks including damage caused by fire, flood, theft and accidents involving employees.” A spokesperson detailed: “Insurers pay out £22m each day to firms through these policies, supporting millions of businesses across the UK each year. “Only a very small minority of businesses choose to buy any form of cover that includes local closure due to an infectious disease.” The ABI was criticised for the tone of its former statements yesterday by former Post editor and journalist David Worsfold, who wrote: “The statements from the ABI have been blunt, insensitive and totally lacking in awareness of how insurance is perceived.